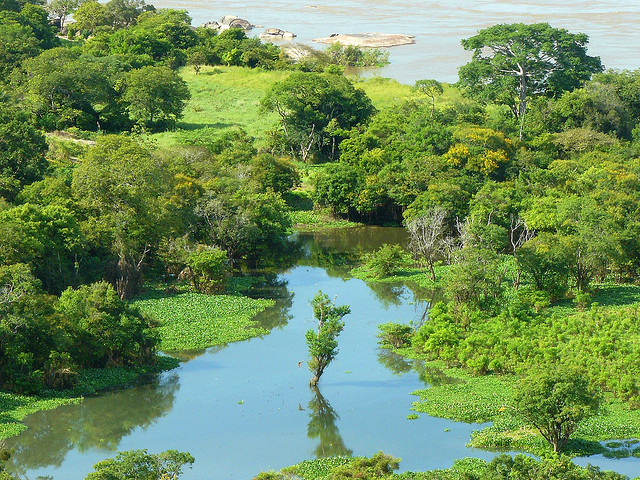 Fast Facts: Venezuela is home to Angel Falls is the tallest waterfall in the world

We love Venezuela for: Venezuela is well known for its successes in beauty pageants

Weather: The climate varies due to Altitude in Venezuela. With higher temperatures in the lowlands and milder weather in the highlands. Lowland temperatures are 30°C to 45 °C (86 to 113 °F); many of Venezuela’s cities, including the capital, lie in this region. Colder conditions with temperatures from 9 to 11 °C (48 to 52 °F)

Demographics: It is estimated that the majority of the population is of mestizo, or mixed, ethnic heritage. 49.9%  are Multiracial or White 3.5% identified themselves as Black, 2.7% claimed to belong to Indigenous people  Food:  Venezuelan cuisine often varies greatly from one region to another. Cuisines are influenced by indigenous peoples and its European ancestry (Italian, Spanish, Portuguese, and French), and is also influenced by African and Native American traditions. Food staples include corn, rice, plantain, yams, beans and several meats.

The most popular sport in Venezuela is Baseball.

Languages:  The official language of Venezuela is Spanish

Religion   Majority of the Venezuelan population are Christians. 92% of the population being Roman Catholic.

The economy of  Venezuela has some of the largest oil and natural gas reserves in the world, and consistently ranks among the top ten world crude oil producers. Petroleum accounts for 80% of Venezuela exports.

Angel Falls
Angel Falls is the tallest waterfall in the world, and, for many, it is also the most stunning: its glistening waters spill into a freefall of nearly one kilometre (0.6 miles) before crashing into a pool. Double rainbows can often be seen in the spray-drenched air above. Located in Canaima National Park.

Cable car
Ride the world’s longest and highest cable car (teleférico), which runs from Mérida to the top of Pico Espejo

Watch joropo
Catch a display of joropo, Venezuela’s national dance, in Los Llanos, the vast plains region where it originated. The flamenco-influenced step is accompanied by ensembles playing harp, guitar and maracas and singing in a high-pitched nasal style.