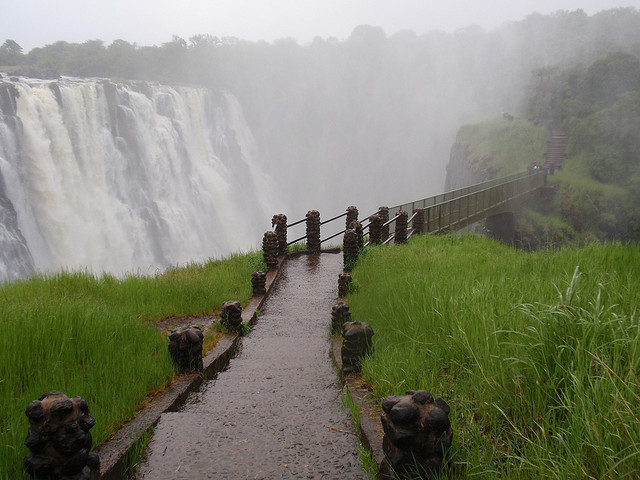 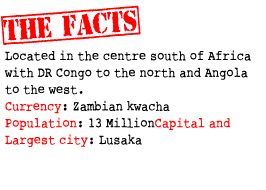 We love Zambia for:
Victoria Falls. Located in the Zambezi River between Zambia and Zimbabwe. It is the largest waterfall in the world by width.

Weather: The weather of Zambia has a subtropical climate. With two seasons rainy season (November – April) Dry season (April –November)  Food:  You will find many Zambian dishes formed around Maize eaten either as nshima (thick porridge) ormealie meal. This will be eaten with stews, meat, fish, beans depending on the part of the country.

Football is the sport amongst Zambians. With Zambia winning the African cup of Nations in 2012.

Languages:  The official language of Zambia is English. A local language mainly spoke in the capital is Nyanja.

Religion   Around 90% of the population are Christians. With around 1% Muslim population. Zambia has a small Jewish community.

The economy  of Zambia was originally known for Copper Mining and currently plays a large part in its economy. Agriculture plays a major part in Zambia economy, with agriculture providing more jobs than in the mining industry.

Visit Victoria Falls
A sight of pure beauty measured the widest waterfall in the world. Described as ‘the smoke that thunders’. A walk on the Knife Edge Bridge will give you panorama views but don’t carry anything that you do not want to get wet. At different times of year during the rainy seasons spectacular views can be seen taking flights over the falls.