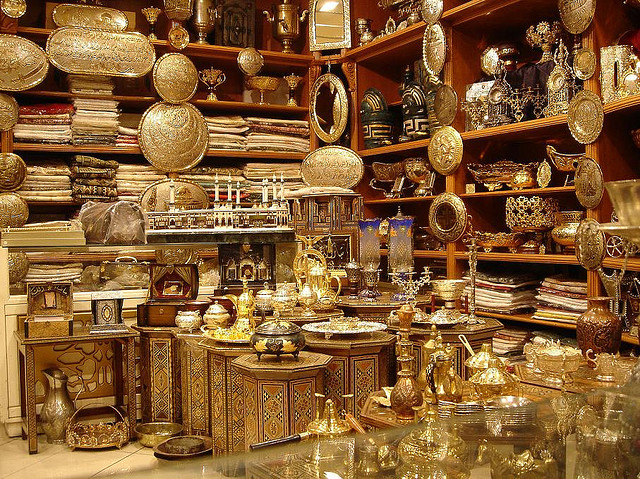 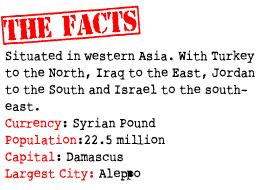 Fast Facts: Damascus the Capital of Syria is known to be the World’s oldest inhabited city.

Weather: The Capital of Syria,  Damascus has quite cool winters, with average temperatures of around 40°F to 45 °F (5°C to 7 °C). A short blossoming spring in March and April is followed by six to seven months of hot dry summer. Temperatures average around 80 °F (27 °C) in midseason, although they occasionally reach 100 °F (38 °C) or above.

Languages:  The official language of Syria is Arabic. Many Syrians speak English and/or French

The economy of Syria is a middle-income country, with an economy based on agriculture, oil, industry, and tourism.

Damascus
Navigate through the world’s oldest inhabited city: Damascus. Here you will find the Ummayyad Mosque, entered by passing through the Al-Hamidiyah Bazaar. The mosque houses the Tomb of St John the Baptist. The church in the Damascus Wall from where St Paul escaped in a basket is also still preserved. Other attractions include the Sayyida Zainab Shrine (the granddaughter of the Prophet Mohammad)

Silk Road Festival
Be stunned by the bright colours of Syrian cities during the annual Silk Road Festival (usually held late September to October).  A celebration of civilisations and religions.