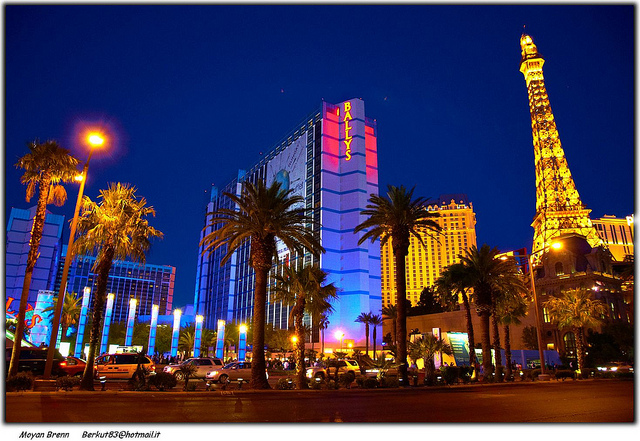 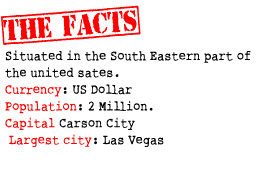 Weather: Nevada is largely desert, making it the driest state in the US.  In Las Vegas situated in the Mojave Desert, during July and August temperatures can raise to100ºF (38ºC). Winters are cooler and bring winds and cold nights, with daytime highs of around 60ºF (16ºC) and chilly nights averaging 40ºF (4ºC)

Culture : 60% of the population are White American. Around 20% are Hispanic and 8% are African American

Popular sport  s include basketball in Nevada. However Nevada is not usually known for its professional sports.

Religion   Majority of the population in Nevada are Christian.

The economy  of Nevada tourist industry is the largest employer. Due to the legalized gambling and lenient marriage and divorce proceedings has become a top tourist destination.

Travel Tips
Nevada has been ranked the most dangerous state in the US 5 years in a row. A beautiful place but as with every travel destination be on your guard.

Las Vegas is the number one attraction in Nevada
Around the clock action. Party town 4 mile strip full of casinos, clubs,  shopping centres, beautiful hotels and restaurants a tourist destination for many which will leave you breathless. Famous casinos include Caesars Palace.