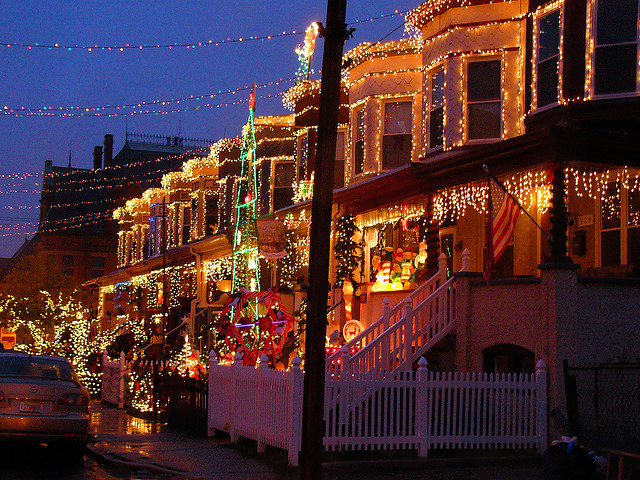 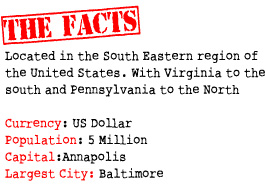 Culture : Around 60% of the population are White American with 30% being African American, 5% being Hispanic and Latino and 5% being Asian.

Religion   Majority of the population in Maryland are Christian. 4% are Jewish and 1% Muslim.

The economy  of Maryland is heavy on the Service Industry. Once major service is transportation of goods due to the location of the Port of Baltimore and its related rail and trucking access

Visit Frontier Town
The Camping ground in Maryland. One of the best in the USA, with a water park, wildlife and shopping facilities. Next to ocean city enjoy the sandy beaches, fishing and amusements.

National Aquarium in Baltimore
This 7 storey high aquarium holds over 16, 000 creatures. From sharks, dolphins to Sloths and sea turtles