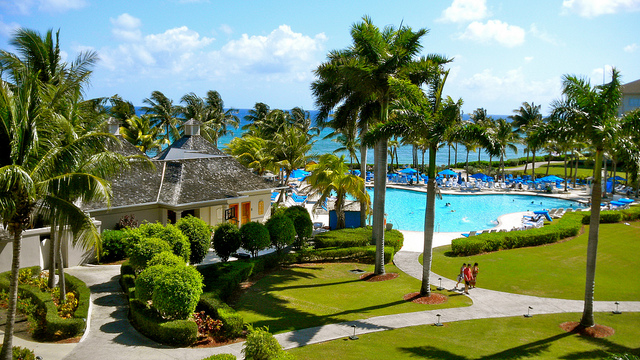 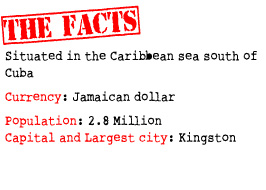 Fast Fact:  A small island with a huge global impact

Weather: The climate in Jamaica is tropical, with hot and humid weather

Culture : According to the 2001 census, the majority of Jamaica’s population is of African descent. The most common ethnic groups among all Africans taken to Jamaica were the Akan (Ghana and Ivory Coast) and the Igbo (Now Nigeria.) Jamaicans of Indian and Chinese ancestry, form the next largest racial groups after multiracial Jamaicans.  Food:  The Island is famous for its Jamaican jerk spice which forms a popular part of Jamaican cuisine

Sport: Most popular local sport in Jamaica is Cricket. In the international stage Jamaicans have tended to do particularly well at track and field producing some of the world’s best athletics
Languages:  The official language of Jamaica is English Many locals speak Jamaican Patois.

Religion :  Christianity is the largest religion practised in Jamaica. The Rastafari movement had 24,020 adherents, according to the 2001 census

In the economy of Jamaica, tourism and mining are the leading earners of the foreign exchange

Dunns River Falls in Ocho Rios
Jamaica’s premier natural attraction and #1 thing to do in Jamaica. Climb to the top of the falls and be rejuvenated in this spectacular waterfall.

Dine at Little Ochi
This is the place to dine on Jamaica’s south coast. This fishing village is the place to enjoy the tastiest sea food (which you get to choose for yourselves), watch the waves crashing in and the fisher folk selling their day’s catch.

Snorkelling
Many resorts to choose from for snorkelling. Some of the best are in Negril

Beaches
With over 7 miles of beach in Negril you can really soak in the sun on these beautiful beaches. Also watch the beautiful sunsets.