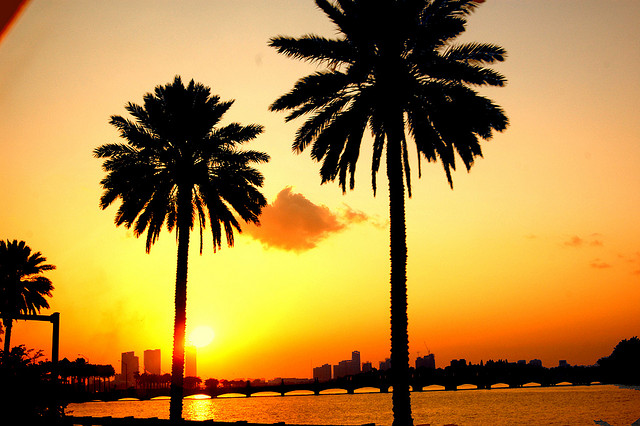 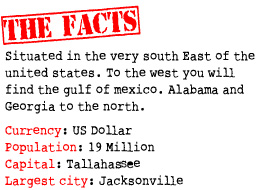 Fast Fact:  Famously known for its amusement parks and production of oranges

Weather: Known as the ‘sunshine state’ the climate is humid tropical. Average daily temperatures are 70.7 °F (21.5 °C). Making it the warmest state in the US all year round.  With temperatures around the low 90s Fahrenheit (32–34 °C) during the summer months.

Languages:  The official language of Florida is English however 18% of the population speak Spanish as their first language.

Religion   Majority of the population in Florida are Christian.

The economy  of Florida was reliant on it agriculture especially its citrus fruits however more recently industries such as tourism, which is its largest industry has contributed in boosting its economy.

One of the biggest tourist attractions in the US. Situated in the centre of Florida