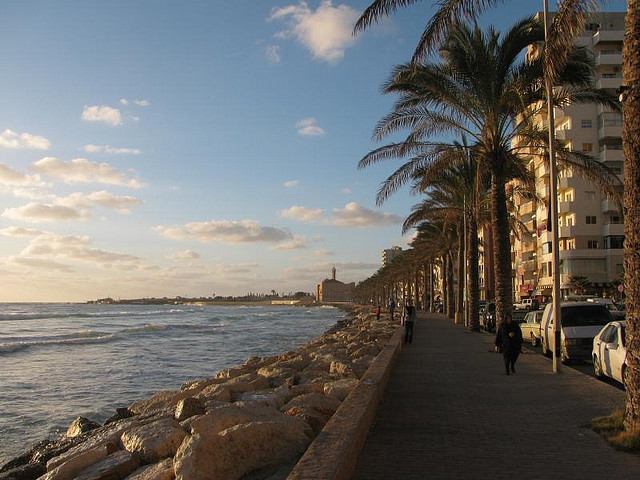 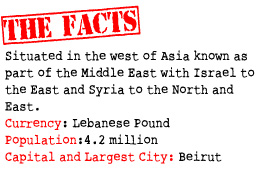 Weather: The climate of Lebanon is moderate Mediterranean climate . With hot and humid climates

Culture : Lebanon is Ethnically diverse made up from different cultures who have settled from around the world. Millions of people from Lebanese decent have migrated around the world including Brazil, West Africa and Australia who have a large population. Food:  Mezzes are very popular in Lebanese cuisine   which consist of various small dishes made up from raw vegetables, hummus, baba ghanouj and bread, or it may become an entire meal consisting of grilled marinated seafood, skewered meats, a variety of cooked and raw salads and an arrangement of dessert

Basketball and football are the most popular spectator sport in Lebanon. Chess however the leading sport in Israel enjoyed by many of all ages.

Languages:  The official language of Lebanon is Lebanese Arabic. English and French are widely spoken throughout the country.

Religion   54% of the population in Lebanon are Muslim, 5% Druze and 41% Christian

The economy of Lebanon is a developing economy with major industrial sectors including metal products, banking, agriculture, chemicals, and transport equipment.

Varied climate due to Geographical location. In autumn and spring, for example, it is possible to go skiing in the morning and swimming in the Mediterranean Sea in the afternoon.

Byblos (Jubayl)
Visit the city of Byblos, often claimed to be the oldest inhabited city in the world. Here you will find Roman and Crusader ruins, sandy beaches and the picturesque mountains. Byblos  is known for its fish restaurants, open-air bars, and outdoor cafes.