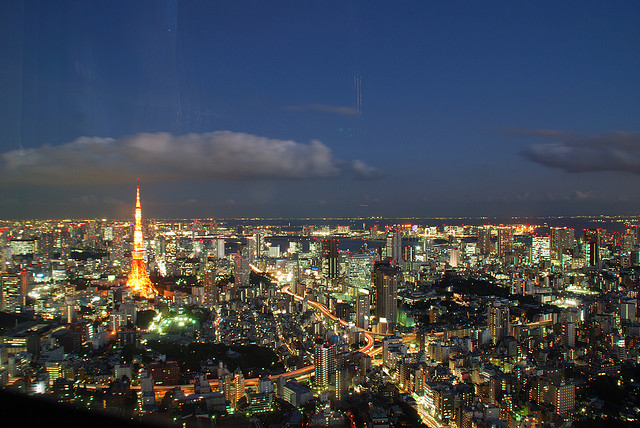 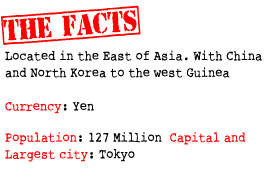 Fast Facts: Japan has the longest overall life expectancy at birth of any country in the world (83.5 years)

Culture : The population of Japan is made up of 98% ethnic Japanese with a few foreign workers. Food:  Japanese rice and noodles are some of Japans staple food. Popular dishes include Sushi, which is normally rice and fishes wrapped.  Miso Soup It is made by dissolving miso paste in hot water and ingredients such as wakame seaweed and small pieces of tofu.

Sport: baseball is the most popular spectator sport in the country. Sumo wrestling is usually considered Japans National sport. Japanese martial arts such as judo, karate and kendo are also very popular.

Languages:  More than 99 percent of the population speaks Japanese as their first language. Most schools require students to take studies in both English and Japanese.

Religion   Around 90% of the Japanese population practice Buddhism or Shinto many practice both.  Fewer than one percent of the population are Christian.

The economy  of Japan has major economic power, Japan has the world’s third-largest economy by nominal GDP. Japan has a low unemployment rate of around four percent. Japan has a large industrial capacity and is home to some of the largest and most technologically advanced producers of motor vehicles, electronics and machine tools. Japan is home to Toyota one of the world’s largest car manufactures.

Travel Tips
Travelling as a couple. Why not check out of one of Japans love hostels where couples can rent a room to ‘rest’ for a couple of hours.

City of Tokyo
Particularly theShibuya district. Popular for shopping and entertainment dining and nightclubs serving swarms of visitors that come to the district every day.

Shinjuku Gyoen National Garden
A beautiful garden like a snapshot of a painting. The beautiful cherry blossoms and lake contribute to these beautiful surroundings. Best time to visit is during April and May for the Gardens

Hiroshima Peace Memorial Museum
A city that was destroyed by the world’s first atomic bomb in 1945. Millions visit to pay their respects.