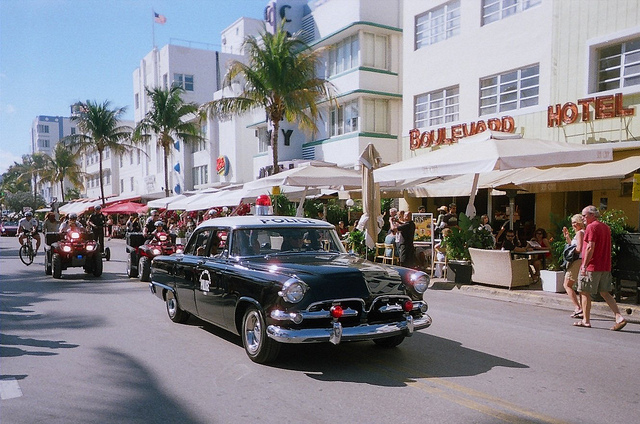 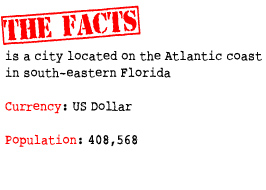 Weather: Miami has a tropical monsoon climate with hot and humid summers and short, warm winters. From May to October temperatures are in the mid 80s to low 90s (29–35 °C).

Demographics: The Miami population in 2010, 70% of the population Hispanic, 11% non Hispanic white and 19% African American. Food:  Miami cuisine is diverse. With a heavy influence especially from Caribbean cuisine and from Latin American cuisine. Restaurants such as Versailles restaurant in Little Havana is a landmark eatery of Miami. Miami is also known for its seafood.

Popular sports in Miami includes Basketball Baseball, Hockey and football in line with the rest of USA.

Languages:  The official language of Miami is English.

Religion   Majority of the population in Miami are Christian.

The economy of Miami is a major centre and a leader in finance, commerce, culture, media, entertainment, the arts, and international trade

South Beach
South beach is the hotspot of Miami. With strips of bars and clubs you will never find a dull moment

Visit Everglades
Everglades National Park is one of the most unusual public parks in the United States. Located on the southern tip of Florida, the park is home to 14 rare and endangered species, including the American Crocodile, the Florida Panther and the West Indian Manatee.