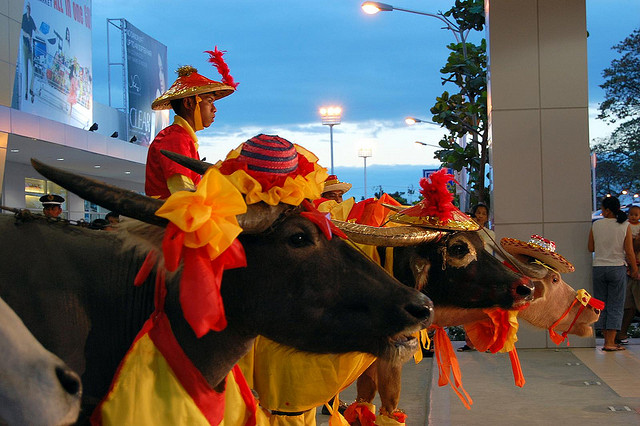 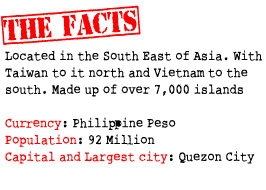 Fast Facts: Due to the volcanic nature of the Islands the country is estimated to have the second-largest gold deposits after South Africa and one of the largest copper deposits in the world

Weather: The weather in Philippines is tropical and it is usually quite hot and humid, with temperatures ranging from21°C (70°F) to 32°C (90°F) with the warmest month being May.

Culture : Filipinos generally belong to several Asian ethnic groups. With 28.1% of Filipinos are Tagalog,  13.1% Cebuanoo and 25% others which form non tribal groups. Food: Cuisine in the Philippines has Hispanic, Chinese, American, and other Asian influences.  A popular dish is Lechón which is a pork dish derived from its Spanish influences.

Sports :
A range of sports are played in the Philippines with Basketball being the most popular sport.

Languages:  English and Filipino are the official languages of the Philippines.

Travel Tips
Check before you travel as Mindanao and the Sulu archipelago have suffered attacks in previous years.

Boracay Island
A popular  tourist destination. Soak up the sun whilst you lay on the beach.