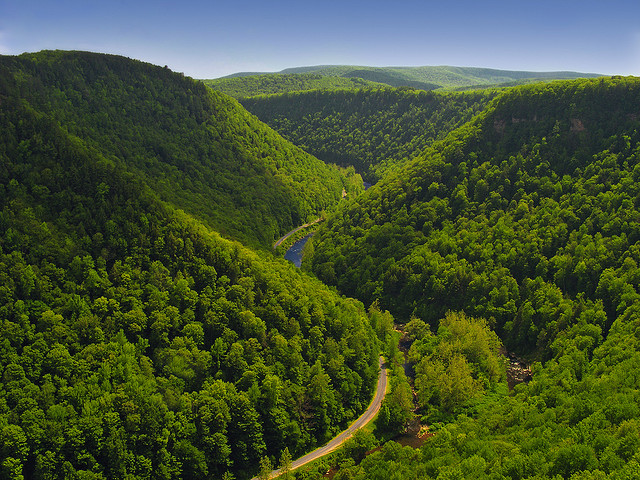 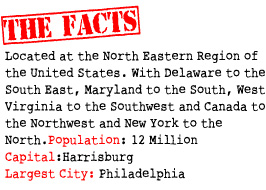 Culture : As of the 2010 census, the state was 79.5% White, 10.8% Black or African American, 0.2% Native American, 2.7% Asian, and 1.9% were two or more races. 5.7% of the population were of Hispanic or Latino ancestry Food:  Author Sharon Hernes Silverman calls Pennsylvania the snack food capital of the world.  It leads all other states in the manufacture of pretzels and potato chips. The U.S. chocolate industry is centred in Hershey, Pennsylvania, with Mars, Godiva, and Wilbur Chocolate Company

Languages:  English is widely spoken in the state of Pennsylvania

Religion   Majority of the population of Pennsylvania are Christians 4% are Jews are 1% Muslim.

The economy  of California is the largest in the United States. The Major exports for California in 2008 were computers and electronic products.        This accounted for 47% of their exports.

Kennywood
Kennywood is often considered to be America’s Finest Traditional Amusement Park. A