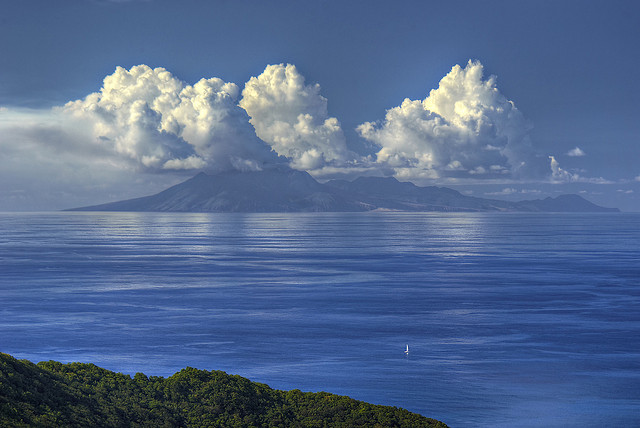 Fast Fact:  The historic capital city of Plymouth was destroyed and two-thirds of the island’s population was forced to flee. This was because of an eruption of Soufriere Hills volcano that began on July 18, 1995. It is still ongoing today on a much smaller scale.

Weather: The climate of Montserrat is warm all year round.

Culture: Majority of the ethnic group in Montserrat are black. Decedents are from West Africa.

Religion   Majority of the population in Montserrat are Christians

The economy of Montserrat is quite stagnate, since the devastations of Hurricane Hugo and the eruption of the Soufriere Hills Volcano, the Montserratian economy has been effectively halted.

The Montserrat December Festival
(The local Carnival tradition) is the biggest holiday of the year, held all through the month of December

Soufriere Hills Volcano
This volcano is active. With the smoke leading to some interesting atmospheric phenomena (such as literal smoke ring clouds)