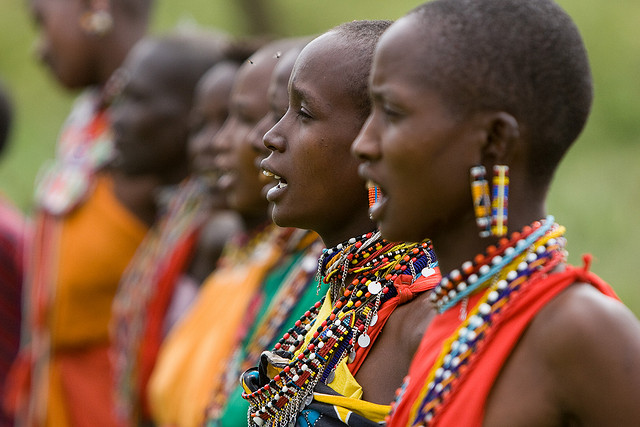 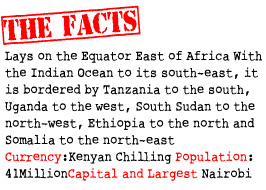 We love Kenya for:
Wildlife Safaris: With many Parks, Kenya is one of the best places in Africa to see Lions Elephants leopards in their natural habitat.

Some People will say Kenya is all of Africa Rolled into one. Known for the best of Wildlife, Mountains deserts diverse colourful culture and beaches.  Kenya is names after Mount Kenya, Africa’s 2nd highest mountain peak.

Climate
The geographic of Kenya is as diverse as its cultures and Ethnicities. Along the Indian Ocean coastline there is a humid warm climate. Moving towards the capital Nairobi this turns into rich tall grasslands. Nairobi’s climate is quite cool. The climate gets quite cooler as you move closer towards the mountains (Mount Kenya) which are permanently snow capped.

The tropical climate reappears as you move further inwards to the country capital towards Lake Victoria which is the 2nd largest fresh water lake in the world.

Economy: Kenya’s service sector which contributes to 63% of the country’s gross domestic GDP is made up mainly from tourism. The largest tourists to Kenya are from Germany and the UK. Visiting the coast line and of course the Tsavo National Park. Tourism is now Kenya’s largest foreign exchange earning sector, followed by flowers, tea, and coffee

Due to the fast growing population. Kenya has a young population 73% of residents under the age of 30.
Language: The main languages in Kenya are Swahili and English.

Sport: Kenya is active in several sports, among them cricket, football (soccer), rugby union and boxing. But the country is known chiefly for its dominance in Middle-distance and long-distance athletics.

Culture: Kenya is a diverse country due to tourism the Maasi culture is well known even though they make up a very minority part of Kenyan population. The Maasis are known for their upper body adornments jewellery costumes and warrior jumping.

Masai Mara National Reserve
It is famous for its exceptional population of Big Cats, Game, and the annual migration of Zebra and wildebeest from the Serengeti every year from July to October, a migration so immense that it is called the Great Migration!

Lake Nakuru National Park (188 km², 73mi²), created in 1961 around Lake Nakuru, near Nakuru Town. It is best known for its thousands, sometimes millions of flamingos nesting along the shores. The surface of the shallow lake is often hardly recognizable due to the continually shifting mass of pink. The number of flamingos on the lake varies with water and food conditions and the best vantage point is from Baboon Cliff. Also of interest is an area of 188 km (116 mi) around the lake fenced off as a sanctuary to protect giraffes, black rhinos and white rhinos.

Nairobi National Park is a national park in Kenya. Established in 1946, the national park was Kenya’s first. It is located approximately 7 kilometres (4 miles) south of the centre of Nairobi, Kenya’s capital city, with only a fence separating the park’s wildlife from the metropolis.