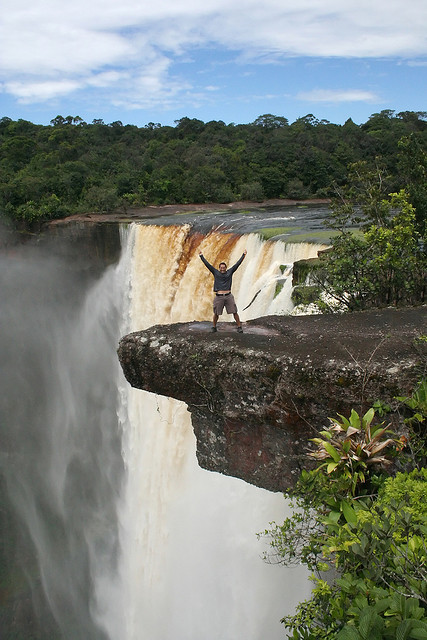 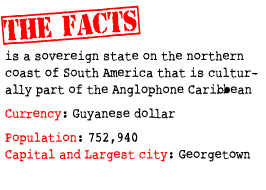 Weather: The local climate of Guyana is tropical and generally hot and humid. There are two rainy seasons, the first from May to mid-August and the second from mid-November to mid-January.

Culture : The Ethnicity of Guyana is 43.5%,  East Indian 30.2%, Black (African),  16.7% Mixed and 9.1% Food:  Guyanese cuisine is very similar to the rest of the Caribbean. The food is diverse and includes dishes such as curry, roti, and cookup rice, the local variation on the Caribbean rice and peas.
Sport: The major sport in Guyana is Cricket.
Languages:  The official language of Guyana is English

The main economic   activities in Guyana are agriculture (production of rice and Demerara sugar),