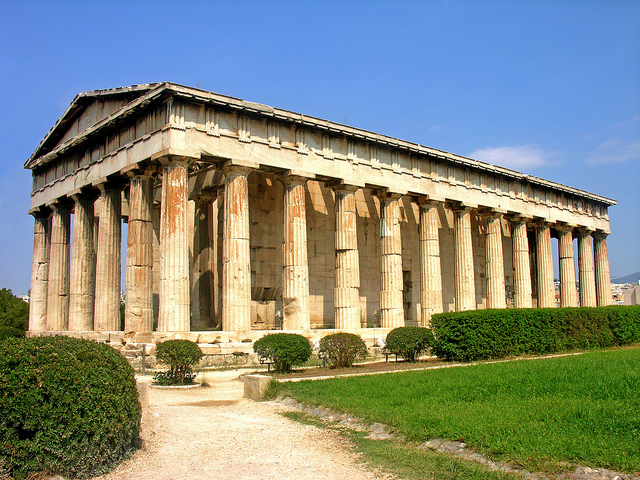 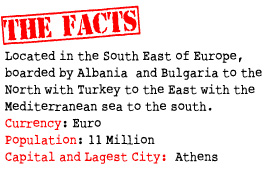 Culture : 94% of the population are Greek. 4% Albanian with 2% considered other ethnicities.  Food:  Traditional Greek Cuisine is a classic example of a healthy Mediterranean diet. Consisting of fresh ingredients. Some signature dishes include; moussaka (layers of minced meat on aubergine with white sauce). Main ingredients include olives, cheese, eggplant (aubergine), courgette, and yogurt

Popular sport  in Greece include Football, basketball, Volleyball and cricket/Greece is the birthplace of the Olympic Games first recorded in 776 BC

Languages:  The official language for Greece is Greek

Religion   an estimated 97% of Greek citizens identify themselves as Orthodox Christians, belonging to the Greek Orthodox Church.

The economy  of Greece has recently had a downturn with the debt crises however it is slowly recovering. The tourism industry plays an important part in Greece economy making up around 15% of Greece workforce.

Located in a quiet village not to far from Athens. One of the most beautiful open air theatres in the world.

This beautiful structure which can be seen at various location in the city of Athens as it towers above all. Made entirely out of Marble. This sure is a remarkable spiritual place.

Visit the lovely beaches of Greece

With one of the largest coastlines in the world you are never far away from one of Greece beautiful sandy beaches.