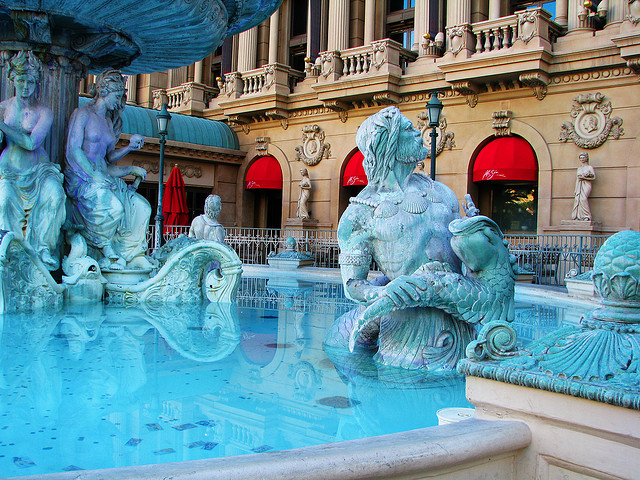 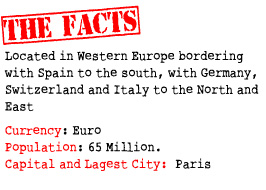 We love France for:  Its Rich Culture and History

Culture : According to the 2008 French Institute of Statistics 19% of the population are foreign born immigrants, including their descendants born in France. Due to a law dating back 1872 it is illegal to collect data on citizens making a distinction between their race and beliefs. Food:  A French meal usually consists of three courses. Starter, main and desert. Some signature dishes include Salmon Terrine (Similar to pate), French cheeses, baguette (French bread) usually accompanies  a meal. Desserts include Crème brulée (rich custard base topped with hardened caramel) and Patisserie(Sweets and Pastries)

Languages:  The official language of France is French

The economy  of France is mixed with an extensive private enterprise as well as the government influencing many sectors including travel, telecommunications. Financial services, banking and insurance play a huge part in France economy. Home to the world’s largest insurance company AXA.

Disney Land Paris: The most popular theme park in Europe. Following the success of Walt Disney world in Florida. Disneyland Paris opened in April 1992.Visit Louvre Museum: The most visited arts museum in the world. Take a visit to one of the largest museums in the world. The museum is located in Paris.

Eiffel Tower
This tower built in 1889, located in Paris, has become of the most recognised structures of the world. The tallest building in Paris. The Eiffel Tower is the most visited paid monument in the world. The height is similar of an 81 storey high building.

French Riviera
Resort on the coastline of France on the southeast coastline.  Particularly known for yachting and cruising areas with several marinas on the coast.

Tour de France
Cycle with thousands with France most iconic sporting event. Usually held in the summer month of July. This is a three week event covering 3500 kilometres.

Cassis
Visit the cliffs of Cassis

St Tropez
Located on the French Riviera. Famously known for the famous and extremely wealthy guests during the summer months.